blogsTopicsOtherThe Overturn of Roe v Wade as an international issue 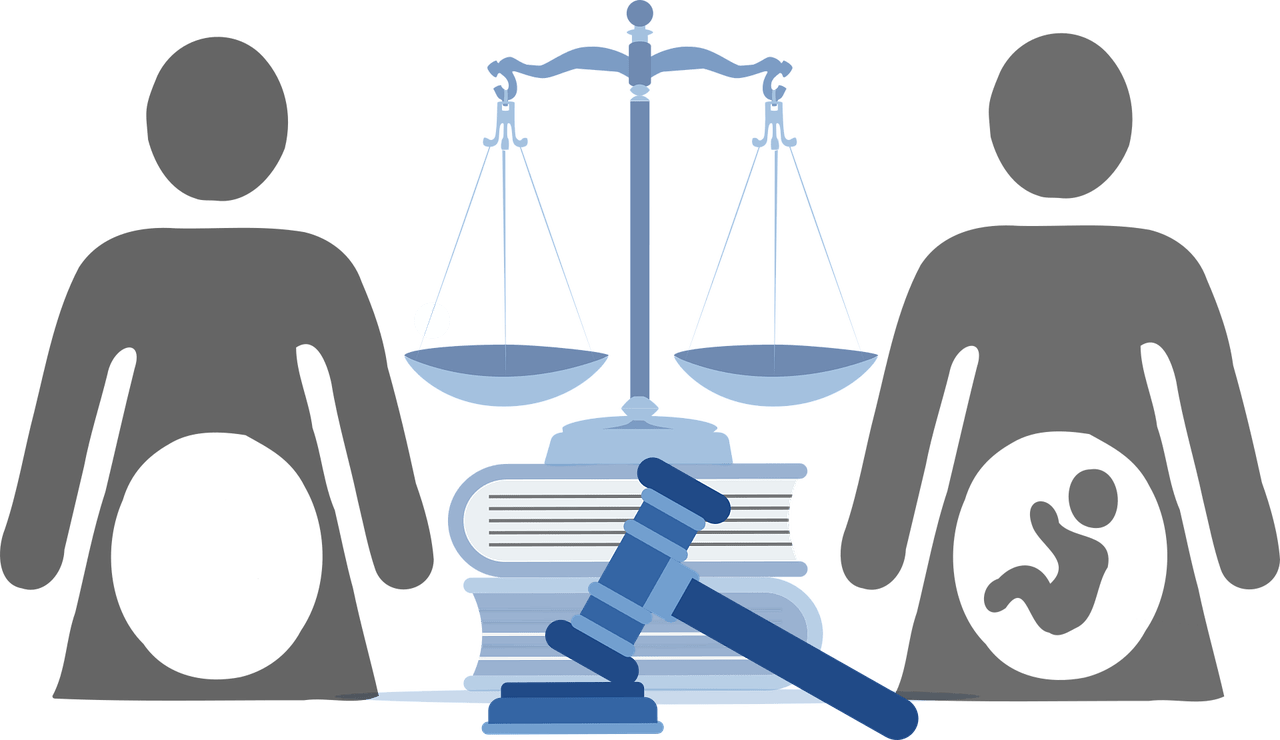 The Overturn of Roe v Wade as an international issue

Isabella Preissle - Intern at the Belgrade Center for Human Rights

On June 24th in a 5:3 decision, the United States Supreme court ruled against the Jackson Women’s Health Organization in Mississippi in the case Dobbs v Jackson, overturning the judicial precedent set by both Roe v Wade and Planned Parenthood v Casey. The Supreme Court decision to overrule the previous cases deferred abortion regulation powers back to state governments, many of which has pre-Roe bans in place, thus immediately limiting abortion access across the US.

Prior to June 24, 2022, the right to Abortion was constitutionally protected under the cases: Roe v Wade (1973) and Planned Parenthood v Casey (1992). Roe and Casey upheld the right of pregnant individuals to obtain an abortion during the first two trimesters of a pregnancy for a variety of reason. Despite efforts from southern states to limit abortion access before Roe was overruled, it was relatively safe and easy for pregnant Americans to access abortion services across the country.

In June’s majority decision, Justice Samuel Alito explained that the overrule and decision in Dobbs v Jackson was based on flimsy arguments from the initial cases. He stated that the American constitution fails to give the central Government the power to regulate abortion federally. Despite Alito’s clear assurance that the overruling decision applies only to Roe and Casey, other Justices and anti-abortion advocated have said differently. In his majority concurrent statement, Justice Clarence Thomas implied that the logic used to overturn Roe could be applied to the legalization of gay marriage, the access to contraception in the US, and a variety of other court protected rights[1].

This decision fundamentally changes the attitude and environment around women’s healthcare and control over their bodies. In a country without Universal Healthcare, Planned Parenthood provide prenatal services, including but not limited to abortion, to pregnant individuals across the country at a fraction of the cost of traditional healthcare. While Dobbs v Jackson doesn’t eliminate Planned Parenthood, it does set the precedent for conservative senators and representatives to limit services.

Abortion access in all other 39 US states is currently uncertain. Abortion trigger bans immediately came into effect in Alabama, Arkansas, Missouri, Oklahoma, and Texas after Roe was overturned. Bans are not currently in place, but will become active throughout the summer in the states of Idaho, Mississippi, North Dakota, Tennessee, Wyoming.

In all other US states, Pre-Roe regulations and limitations are expected to go through the state legislature before definitive legislation is passed. State governors, advocacy groups, and representatives have filed new laws, lawsuits, or court blocks in order to protect access for the time being.

The unequal access to services has already forced American women to cross state borders, sometimes traveling hundreds of miles for fundamental healthcare services. With regulations changing from state to state, governors are working to either expand or restrict access for non-state residents who may have to travel to obtain an abortion in the future. California, Washington, and Oregon have launched a multi-state initiative to ensure that pregnant individuals can travel to the west coast from across the country in order to obtain an abortion and be protected from potential lawsuits. On the other side, conservative states such as Texas and Kentucky are attempting to block their residents from crossing state lines for healthcare with legal restrictions and potential jail time.

In a social media post, New Zealand's Prime Minister Jacinda Ardren said that the overturn of Roe was a loss for women everywhere, saying “the removal of a women’s fundamental right to make decisions over their own body is incredibly upsetting”[6]. Other leaders called the overturn a step backwards for the United States, referring to Abortion as a fundamental aspect of healthcare.

The WHO and UN both cite abortion as a fundamental human right for women. The WHO includes abortion in their efforts to further the “progressive realization of human rights”, citing comprehensive abortion care services as a pivotal part of care.

The Committee on the Elimination of Discrimination against Women (CEDAW) urged the United States in late June to adhere to the Convention on the Elimination of All Forms of Discrimination against Women. In a statement regarding the US overturn of Roe v Wade, the UN human rights chief Michelle Bachelet called the ruling a “huge blow to women’s right and gender equality”. The United Nations sexual and reproductive health agency said “Decisions reversing progress gained have a wide impact on the rights and choices of women and adolescents everywhere” in a statement regarding the Supreme Court’s Decision.

With this change in court ruling, the US moved from one of the world leaders in Abortion access to a country of uncertainty. In Europe, forty-one countries have legalized abortion on broad legal ground, with thirty-nine of them allowing women to obtain an abortion upon request. While countries have slight deviations in the procedure necessary to obtain an abortion, most healthcare systems cite abortion as a fundamental aspect of female healthcare. Only Poland, Malta, Monaco, San Marino, Andorra, and Liechtenstein have highly restrictive or prohibitive policies.

The future of Abortion access in the United States has become more uncertain in recent years. Before Dobbs v Jackson, state legislatures passed legislation limiting the timeframe for accessing abortion, cut funding for local abortion clinics, and limited the number of clinics in their state. However, with the Dobbs v Jackson decision, it is impossible to ignore that the federal government is unwilling or unable to fully protect the right to choose and healthcare for its citizens.

The global implications of this official court decision cannot be overlooked. Considering that globally almost half of pregnancies are unplanned, that over 60% of unwanted pregnancies end in abortion, of which 45% are considered unsafe, the new regulations represent a step back for human rights, sustainable development goals and initiatives to promote gender equality.[7] In a statement regarding the overturn, Sarah Shaw, a health advocacy lead from MSI Reproductive Choices, an international non-profit aimed at increasing access to family planning services said “Decisions made in the US have an impact far beyond their borders”.

Already, government officials in Argentina and El Salvador have congratulated the Supreme Court, and stated the with that their own countries will also ban abortion in the near future[8].

The United States is hesitant to label domestic policy issues as “Human Rights issues”. However, international organizations, leaders, and advocacy groups have been readily highlighting the threats and implications of Dobbs v Jackson. With a trend in North America and Europe towards conservative governmental policies, the overturn of Roe could be more than just an individual ruling.

[5] Macron, Emmanuel [@EmmanuelMacron] “Abortion is a fundamental right for all women…” Twitter, 24 June 2022

Parents in "war" and peace

Interpreting the law or taking over the legislative role by the court?

The Overturn of Roe v Wade as an international issue